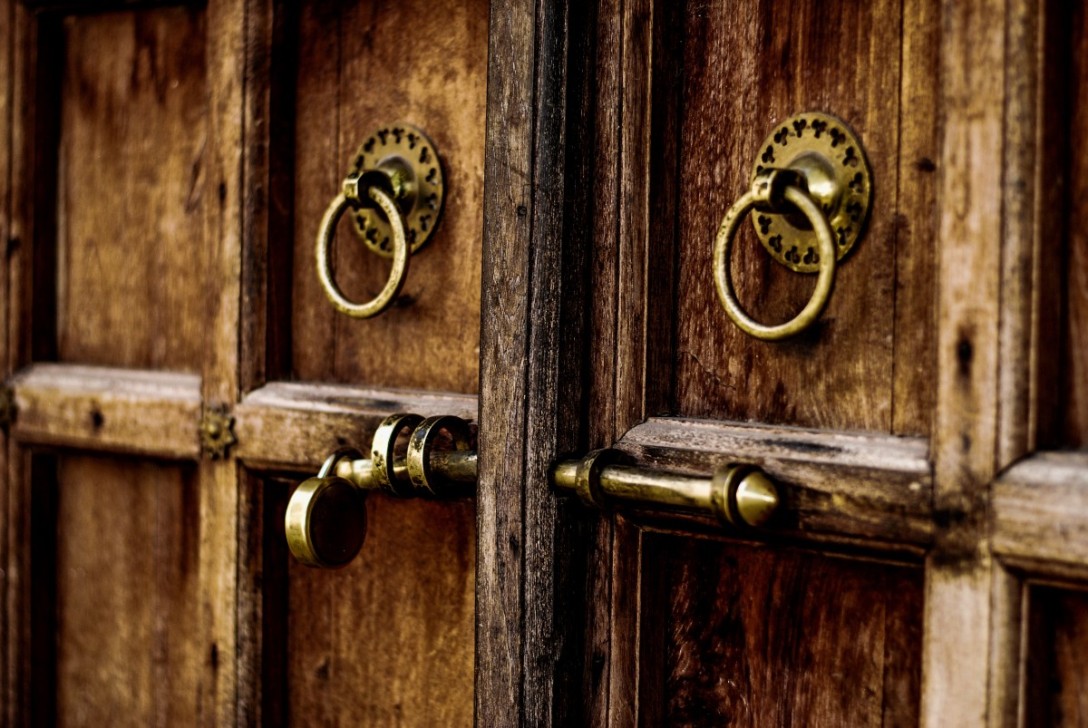 A couple of my recent blog posts have mentioned finding the world a bit too peopley lately, that I needed time in the forest, in nature, to feel balanced again.

People wear me out. Nature charges me back up. It’s that simple.

I joke – in a serious way – that I prefer dogs to people. I also find I prefer interacting with people – friends, colleagues, clients – in ways that don’t unduly sap my energy. The digital world is perfect for me. I can communicate via email, social media or text with those I choose, on my own schedule. Finding this supportive, welcoming blogging community has been a boon.

Growing up, I thought I was shy. That’s how I heard myself described by adults, and eventually that label became part of my self-talk.

Turns out I wasn’t shy, I was…quiet, and reserved. I had no problem meeting and interacting with people of all ages. But I was happier on my own, or engaging in one-on-one time with select people. I didn’t like drawing attention to myself.

Growing up, I was regularly told by my mother in a scolding tone that I was “too sensitive.” It frustrated her that I had feelings that were easily hurt; that I cried at sad stories, especially if animals were involved; that I felt personally attacked when people raised their voices or were mean to each other, a horrible jolt of bad energy running through my body like electricity even if I wasn’t in the same room. I actually felt physical and emotional pain vicariously.

Because of my mother’s words and attitude, I grew up believing that being “too sensitive” was a bad thing, that I needed to buck up and never cry in public or show that my feelings were hurt. To do so was a sign of weakness, and being weak meant people would take advantage of me.

Luckily my father’s outlook was the opposite of my mother’s. He never chastised me for being aware, sensitive, and feeling. With him, I could cry and receive a hug. In fact, he encouraged by sensitive nature by insisting – against my mother’s preference – that we have pets. Perhaps his best gift to me was sharing his love and empathy for animals, allowing me to develop the same.

As a young adult, I realized my intuition, empathy, and keen ability to observe were my secret superpowers. I have a knack for reading people, their facial expressions and body language – all those non-verbal cues so critical to human and animal communication. I often observe subtle cues others miss. I put those superpowers to use in my personal relationships with people and animals, as well as in my professional role as a court-appointed guardian ad litem (a role often described as “the courts eyes and ears”) in the legal arena. I observe to understand rather than judge. These superpowers have always served me well, even if sometimes I’m slow to acknowledge what my “gut” (my superpowers) are trying to tell me. It took me five decades to finally acknowledge and admit my mother’s narcissism, setting appropriate boundaries which she hated and punished me for. But that’s another story.

While I knew all these things about myself, and valued my superpowers, I never had a name for them.

Until just a decade ago, when I was in my early 50s. A friend suggested I might be an introvert.

My initial reaction was, “But, I’m not shy!” Like many, I’d always confounded the two terms and had a sense that “introvert” was a derogatory term, meaning someone not quite up to normal social tasks and interactions, someone socially awkward.

But, with curiosity piqued by my friend’s comment, I started researching what traits comprise an introvert, how the term is defined.

I began reading articles by researchers, psychologists and therapists. I found my head nodding with each bullet-pointed trait listed. Uh huh, yup, that’s me.

How could I not have known this for so many years?

My entire legal career involved working with families in crisis, consulting with the psychologists and family therapists diagnosing and treating them for various personality disorders, addictions, dysfunctional behaviors and dynamics. I attended countless seminars to learn more about various psychological diagnoses and how they manifested in peoples’ lives and relationships.

But introversion isn’t considered a disorder or detrimental trait by psychologists. It doesn’t require intervention or treatment. In fact, most psychologists and therapists consider it a perfectly healthy way to negotiate life. Introversion never came up in all those seminars or in my conversations with experts.

Are You an Introvert?

Here’s an example of the sorts of lists one finds when researching introversion online. I found this one on VeryWellMind, by Kendra Cherry, posted August 17, 2019.

The article adds this distinction between introversion and shyness: “Shyness indicates a fear of people or social situations. Introverts, on the other hand, simply do not like to spend lots of time interacting with other people.”

Most people fall somewhere between the extreme ends of introversion and extroversion. It’s estimated that about a third of the population falls within a broad definition of introversion. The term “ambivert” was coined to describe someone who straddles the middle of the introvert-extrovert spectrum, at times feeling more introverted and at other times more extroverted.

And honestly, if you’re reading this and scratching your head in confusion because you’re an extrovert, it’s worth your time to understand introverts. It will help grease the skids of social and workplace interactions. Here are some fun graphs, created by Anna Borges for a 2015 BuzzFeed article, that introverts will relate to and extroverts can learn from:

I was flying under the introvert radar all those years! Now, in retrospect, my life and my approach to relationships makes so much sense, as if new and wonderfully bright colors have been added to my life’s palette. I wasn’t broken, or shy, or awkward. I was simply me: quiet, introspective, creative. Good with people, in my own way.

Acknowledging I’m an introvert is freeing.

I’m let off my mother’s awful hook of being “too sensitive.”

I no longer feel obligated to attend social functions just because I’m invited. It’s okay to want to stay home. I’ve gotten good at declining politely but firmly. In fact, I was invited to a going away party for a neighbor this evening, but here I am, writing this blog post instead. Happily writing, I might add, and relieved to not be attending the party.

I don’t feel lonely when I’m alone. Or bored. Ever.

I’m okay eating in a restaurant by myself, or attending a movie alone. I take a book along, my shield against those who might mistake my aloneness for loneliness and try to “help” by starting a conversation. With small talk. Ugh.

I have a wonderful network of friends who, if they’re not introverts themselves, have learned to respect my introversion and not take it personally if I decline an invitation.

My friends accept that I prefer an email, or even a text, to a phone call. When we get together, it’s best if it’s just two or three of us and we’re doing something active, like walking, while we engage in conversation on mutually interesting topics and concerns.

My friends never drop by unannounced.

Such friends can be hard to find, but they’re oh so valuable and I’m grateful for them.

A common misconception of introverts is that we’re aloof or think we’re too good to be around others. Not true! We simply prefer lots of alone time, and when we are around others, do better in quiet surroundings with one-on-one or small-group conversations that are deep and meaningful, or on topics of shared passion. Loud concerts shoulder-to-shoulder with thousands of people? So not our thing.

We don’t get the appeal of small talk, either. My pet peeve: those women who, upon greeting you at a social function, invariably start a conversation with insincere compliments or platitudes, saying something like, “Oh, I love the color of your sweater” or “Your hair looks nice like that.” Makes me grind my teeth. Precisely the meaningless small talk we introverts hate. (Thankfully most men don’t partake in this silly practice.)

Author Jonathan Rauch, a self-proclaimed introvert, touched on misconceptions in his excellent – and funny – 2003 article in Atlantic Monthly: “Extroverts have little or no grasp of introversion. They assume that company, especially their own, is always welcome. They cannot imagine why someone would need to be alone; indeed, they often take umbrage at the suggestion. As often as I have tried to explain the matter to extroverts, I have never sensed that any of them really understood.”

And this gem later in the piece: “Are introverts arrogant? Hardly. I suppose this common misconception has to do with our being more intelligent, more reflective, more independent, more level-headed, more refined, and more sensitive than extroverts. Also, it is probably due to our lack of small talk, a lack that extroverts often mistake for disdain. We tend to think before talking, whereas extroverts tend to think by talking, which is why their meetings never last less than six hours.”

No wonder I love being in the peaceful quiet of nature so much, running or walking, with just my dogs for companionship. Especially right after I’ve been social. Don’t get me wrong: I enjoy those social engagements in the moment, I love spending time with my friends or attending small events in moderation, but there’s always a part of me simultaneously looking forward to getting home and being alone again, just me and my dogs. And a big glass of red wine.

By accident and by scheme I have finally, at mid-life, created a life and lifestyle that accommodates and nurtures my brand of introversion. I wish I had understood my true nature much sooner. Now that I realize being introverted is an orientation, rather than a choice, I embrace it and all the creativity, empathy and insight that comes with it.

Well, except for all the rifle hunting/killing going on around me at present, an empathic introvert’s nightmare writ large.

I’m passionate about writing, running, dogs, forests, wildlife and preserving wild spaces. I live with my two dogs – Australian shepherd Finn MacCool, 11, and Alaskan Malamute Conall, 4 – on the edge of the Payette National Forest in the mountains of central Idaho. A sampling of magazine articles and older blog posts can be found on my freelance writing and editing website.