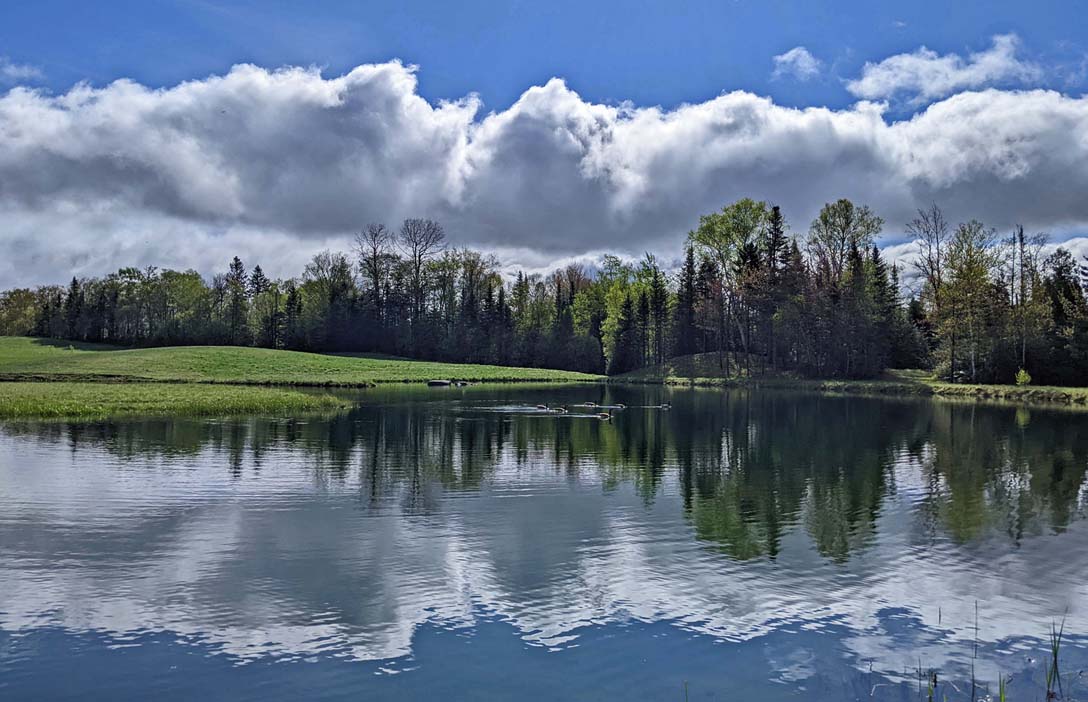 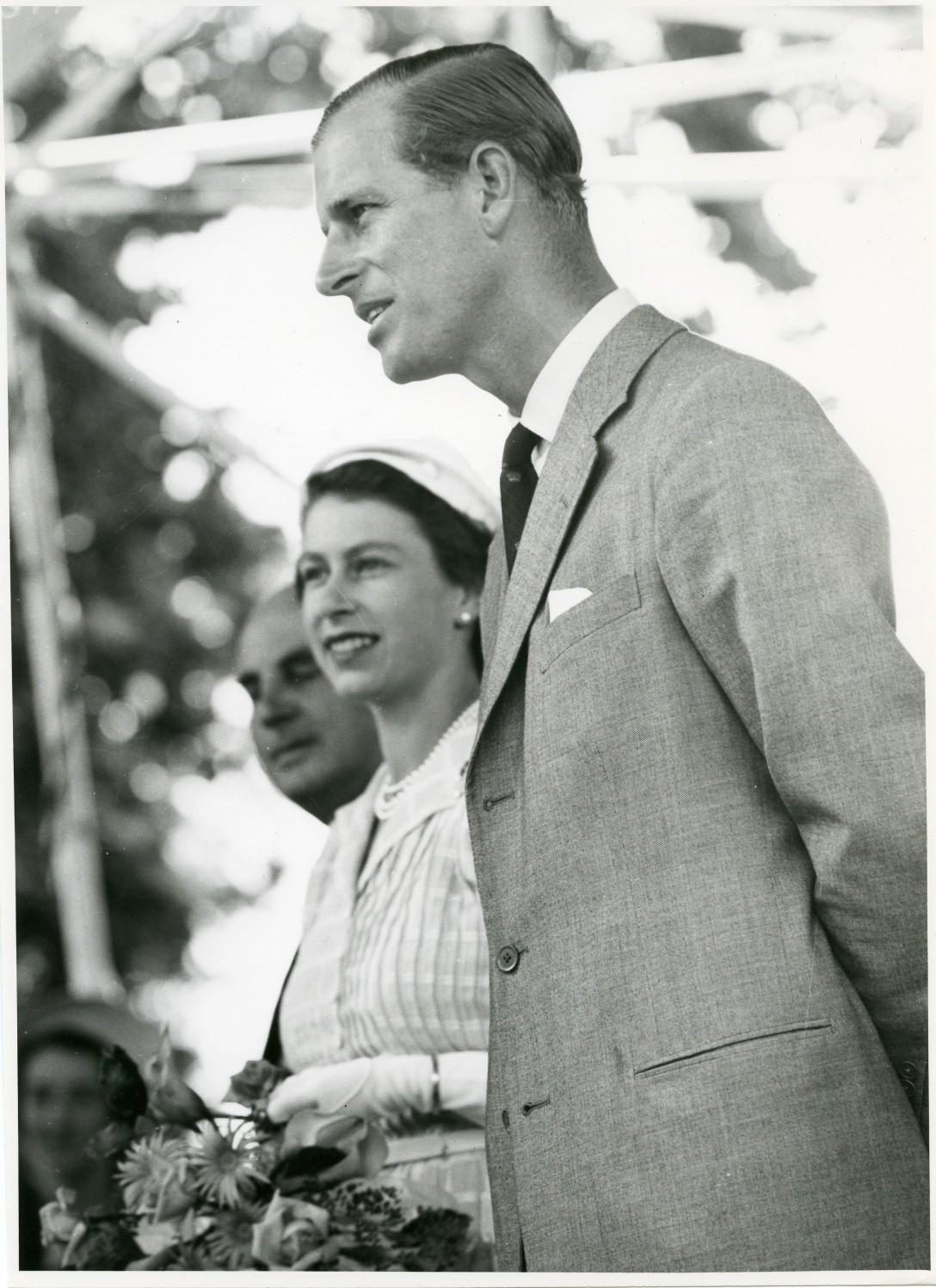 My web browser’s default page is BBC.com. Every day when I surf news sites, I start with the BBC.

This morning the BBC’s front page shared the news that Prince Philip, Duke of Edinburgh and husband of Queen Elizabeth, had passed away. He was ninety-nine.

I admit to a life-long fascination with the royal family. I have thoroughly enjoyed each year’s installment of the Netflix series The Crown and eagerly await the next. Whether you believe it’s an accurate depiction of the British royal family members or not, it’s an intriguing window into that rarefied world.

I count myself lucky that I had a direct interaction with Prince Philip, back in 2013. My father met him twice, many years before. Their first meeting, in April 1982, was when my father took the prince up in a new 757 for a demonstration flight over Washington State. The next year, the Queen and Duke visited Seattle and my father was invited to a reception at a downtown hotel. He told me that when he was formally introduced to the Queen in the receiving line, she said, “Oh yes, I know who you are.”

At their initial meeting for a demo flight in 1982, my father was aware that Prince Philip was a pilot and an aviation enthusiast.

The Duke learned to fly all types of aircraft. He gained his RAF wings in 1953, his helicopter wings in 1956 and his private pilot’s licence in 1959. Prince Philip achieved 5,986 hours in 59 types of aircraft. The Duke’s final flight was on 11th August 1997 from Carlisle to Islay, following which he has stopped flying.

50 Facts About the Duke of Edinburgh, published 25 January 2002 by the Queen’s Press Secretary.

It was my father’s practice, when demonstrating a Boeing airliner to another pilot, to put them in the pilot’s seat and let them actually fly the airplane rather than sit in the cabin or observe from the back of the cockpit. He told me he did this with many celebrities and VIPs over the years, including Arthur Godfrey, King Hussein of Jordan, Neil Armstrong and Arnold Palmer.

I wrote about that demonstration flight in my book, Growing Up Boeing. What makes the story special for me is that in August 2013, as I was finishing the final draft of my book, my sister-in-law sent me a photo she had, of Prince Philip and my father flying a Boeing airplane. I’d never seen it before. (She’s an even bigger fan of the royal family than I am.)

I had to know more! I researched on my end, but my father passed away in 2009 and the only reference I could find in my notes and tapes from our many interviews over the years was that he’d taken the prince on a demonstration flight in conjunction with the Farnborough Air Show in Hampshire, U.K. Boeing always took new airplanes to the Farnsborough Air Show (even years) and the Paris Air Show (odd years). That connection made sense.

I wondered if the prince would remember the demo flight, and if so, maybe he’d be willing share his thoughts. Seeing him in the pilot’s seat in the photo, I was pretty certain he would remember. Not an every day occurrence, for anyone. Following my father’s advice of “It never hurts to ask,” I wrote to the prince.

Like all meticulous pilots, he first consulted his old flight logs to gather details and refresh his memory. My thought that the flight occurred during the Farnsborough Air Show was incorrect.

British Airways placed an order for some 757s with Rolls-Royce engines. Prince Philip, the Duke of Edinburgh and husband of Queen Elizabeth, arrived in Seattle on April 18, 1982, to inspect the first aircraft in that order. A demonstration flight for the prince was arranged. After arriving at Boeing Field at 9:00 am, the prince had a brief meeting with Brien Wygle, who was then VP of Customer Relations. The two men walked out to the 757 and met Dad, who had been preparing the airplane for the demo flight.

“The three of us climbed onboard the aircraft for what I expected to be a flying demonstration,” Prince Philip wrote to me on October 9, 2013. “To my considerable surprise, I was invited to take the left-hand pilot’s seat, and told that I was going to fly the aircraft. While the engines were being started, I did my best to figure out the unfamiliar layout of the flight instruments.

“I had several hours in my log book, but I had never flown such a large jet-powered aircraft before. However, following your father’s instructions, we taxied to the runway threshold, took off, and headed over the Cascade Mountains to the airfield at Moses Lake. I succeeded in completing two ‘touch-and-go’ landings there before flying on toward Mount St. Helens. We then returned and landed at Seattle after a total flight time of 1 hour and 32 minutes. I can only say that it was an exhilarating, although a somewhat nerve-wracking, experience.”

The prince was the first non-Boeing pilot to fly the 757, which was still undergoing certification when the demo flight took place. Upon returning to Boeing Field, some press and several Boeing employees greeted the crew. Scott Linn was among them. According to Scott, a reporter asked the prince what he thought of the airplane with its Rolls-Royce engines. “Oh, they seem to push it along nicely,” Prince Philip replied.

My father said he really enjoyed flying with Prince Philip. Dad, Brien, the prince, and a handful of Boeing customer relations personnel were the only people onboard the 757. There was more opportunity for talking during this flight than was typical with other VIPs on demo flights. Dad and Brien both said they appreciated getting to know the prince, who was friendly and comfortable in the cockpit, a good pilot.

After the flight, Boeing arranged to take the prince on a luncheon cruise, and Dad and Brien were invited to go along. Dad said they continued talking about airplanes a bit more on the cruise, but there were at least twenty people aboard, and everyone wanted to talk to the prince.

The prince’s letter to me:

I received the letter on October 18, 2013. I had to sign a receipt for it at my local post office. Royal mail! Silly as it sounds, I was giddy with delight.

I spent the rest of 2013 editing and formatting my book, choosing a cover, bringing it all together. It was published in February 2014.

I wrote to Prince Philip again, keeping a promise I had made to him.

Thinking that was the end of my correspondence to and from the royal family, imagine my delight when, in March of 2014 I received the following letter from Prince Philip’s Private Secretary.

I have no idea if Prince Philip ever read my book. I hope he did, and if so, that he enjoyed the aviation history it seeks to preserve.

I know that Prince Philip sparked some controversy over the years with several gaffes. While not excusing those blunders, I’m perhaps more forgiving than some, having spent so much time around men of his era – my father and his colleagues at Boeing, about whom I wrote. None of them was perfect, each a product of their own upbringing.

Asked to sum up his contribution to British life, Prince Philip responded with typical frankness: ‘I’ve just done what I think is my best. Some people think it’s all right. Some don’t. What can you do? I can’t change my way of doing things. It’s part of my style. It’s just too bad, they’ll have to lump it.‘

I was saddened to read of the prince’s passing. Such a long life is undoubtedly full of accomplishments and failures, accolades and regrets. It’s not for me to judge.

All I know is he brought me a few moments of joy. How easy it would have been for him to never see my letter, or, after reading it, to ignore it. But he didn’t. He took the time and effort to dig through his archives for the details before writing back with his recollection of the demo flight with my father. I like to think that my inquiry, received when he was 91 years old, sparked fond memories for him of the days when he flew airplanes. And, just maybe, Prince Philip recognized in me the need of a child to have a fuller picture of her parent.